An intellectual competition for future international Master’s students, the Open Doors: Russian Scholarship Project, is kicking off soon, with registration of participants beginning on Nov. 20, 2017. Winners will get an opportunity to study tuition-free, courtesy of the government of the Russian Federation, at Russia’s leading universities. 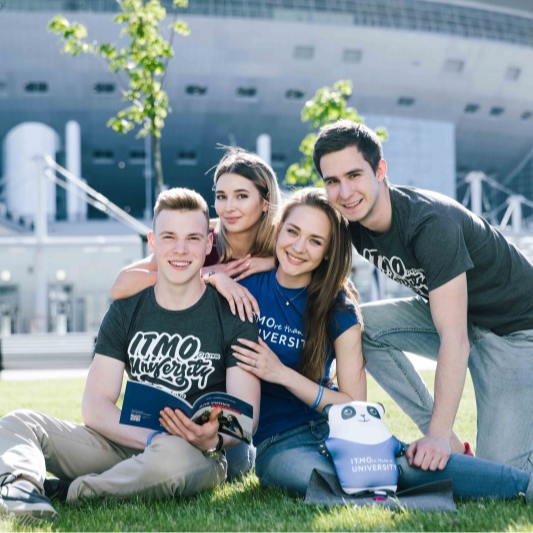 The contest is supported by the Ministry of Education and Science of the Russian Federation and is organized by the “Global Universities” Association. The main goal of the initiative is to encourage talented international students to apply for Master's programs in Russian universities. Based on the results of the competition, winners will be able to receive a full-tuition scholarship from the Government of the Russian Federation for training in Russian universities, which will allow them to complete a Master's program entirely free of charge.

The contest is held in English and Russian.

The competition is open to citizens of all countries other than Russia, stateless citizens, and Russian citizens who are permanent residents of other countries. It’s mandatory to have a Bachelor degree or be receiving one in 2018. It’s not necessary to come to Russia to participate. All stages of the contest take place online.

It’s possible to apply to several subject areas at the same time. Winners will be accepted without entrance exams before the general admissions process and will start their education in the 2018/2019 academic year.

Winners will be able to select programs in English and Russian. They can also improve their Russian prior to the actual Master’s program at the university’s preparatory courses, which last one year, and then start their degree program.

The contest consists of two stages. The first is a portfolio contest that takes place December 1 – 31, 2017. It’s open to all applicants who have registered till November 20. The portfolios can be uploaded starting on December 1, 2017.

The second stage is a test conducted online. It will last from January 25, 2018 till February 5, 2018. It will be open to those who have successfully completed the first stage.

The results of the contest will be available on February 20 on the project’s website.

The contest is developed by the top Russian higher education institutions with support from the Ministry of Education and Science of the Russian Federation. The head of the Open Doors: Russian Scholarship Project is Daria Kozlova, First Vice Rector of ITMO University. The group also includes Artem Voronov, Vice Rector of MEPHI and Tamara Protasevitch, director for professional orientation at the Higher School of Economics.

"Russian universities are among the world’s top education centers for computer science, physics and astronomy, among other subjects,” said Daria Kozlova, First Vice Rector of ITMO University. “Therefore, education at top Russian universities – participants of the 5-100 Russian Academic Excellence Project – is on par with that in the world’s leading universities. Today, our universities offer students cutting-edge programs that meet international standards and train them for the professions of the future." Winners and runners-up will be eligible for full-tuition scholarships from the Russian government that can be used to study at any Russian university, including those participating in the Project 5-100. 160 scholarships have been allocated and will be distributed among the four subject areas, depending on the number of participants in each of area. If the chosen programme doesn’t offer state-funded places, winners and runners-up may be eligible to receive a discount on tuition. The tuition waivers in this case may be offered at the discretion of a Master's programme.