The Times Higher Education today publishes the 14th annual edition of its World University Rankings. In Russia, 18 institutions are included in the list of the top 1,000 universities, twelve of which are Russian Academic Excellence Project 5-100 participants completing the ranking table of global universities from 77 countries. 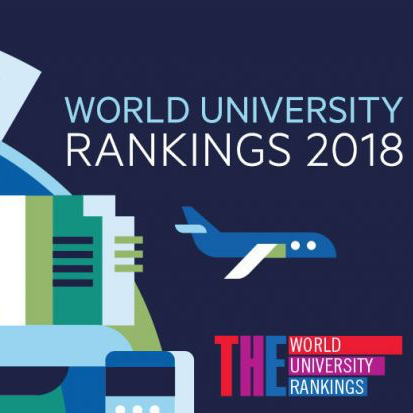 Moscow Institute of Physics and Technology recorded a rise in rankings of 50places ascending from the 301-50 band to 251-300, which is the second highest place of a Russian university in the rankings after Lomonosov Moscow State University (194th).

Tomsk Polytechnic University is up 200 places since the previous year. This university rose from the 501-600 to the 301-350 cohort and became the third highest-placed institution among all Russia’s universities listed in the rankings.

Another three Project 5-100 participants - Higher School of Economics (HSE), National University of Science and Technology (MISiS) and Samara University - moved up enjoying far higher rankings groups. This year HSE moved 50 steps beyond, now it is listed in the top 400 world universities for the first time (351-400 group). Six Project 5-100participants maintained their positions, despite the fact that the global competition heats up.

“It is encouraging that several Russian universities have made significant improvements this year. But the country will need to ensure that it continues to invest in its universities as global competition heats up.” Phil Baty continued: “This year’s table is testament to just how competitive global higher education has become with the top 1,000 universities hailing from 77 different countries. <…> The big story this year is the continued rise of China with two institutions in the top 30 for the first and other improvements from across Asia.”

Times Higher Education is one of the world’s most authoritative sources of information about higher education. Designed specifically for professional people working in higher education and research, THE was founded in 1971 and has been online since 1995. It is published by TES Global.

The calculation of the THE World University Rankings 2018 has been subject to an independent audit by professional services firm PricewaterhouseCoopers (PwC), making these the only global university rankings to be subjected to full, independent scrutiny of this nature.