ETU experience for the development of a young university in Germany

A meeting with a delegation of the Ruhr West University of Applied Sciences (Germany) took place at the St. Petersburg Electrotechnical University "LETI." 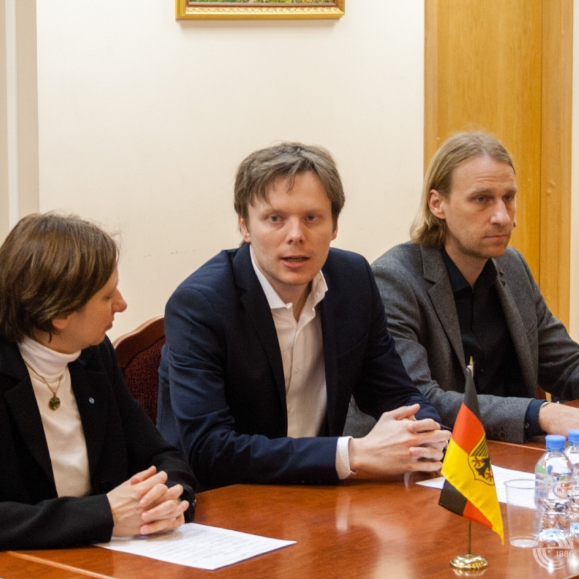 On April 9, a delegation from the Ruhr West University of Applied Sciences (Mülheim, Germany) visited St. Petersburg Electrotechnical University "LETI." The purpose of the talks was to discuss promising areas of cooperation between the two universities in the field of education.

Ruhr West University of Applied Sciences is a relatively young educational institution. According to Christiana Hinrichs, the need for structural changes emerged in the region due to the decline of the industries that prevailed in the Ruhr area. As part of this process, a new university was created in 2009. Cooperation with the university with more than 130 years of history will help the ten-year organization in the development of scientific and educational areas. 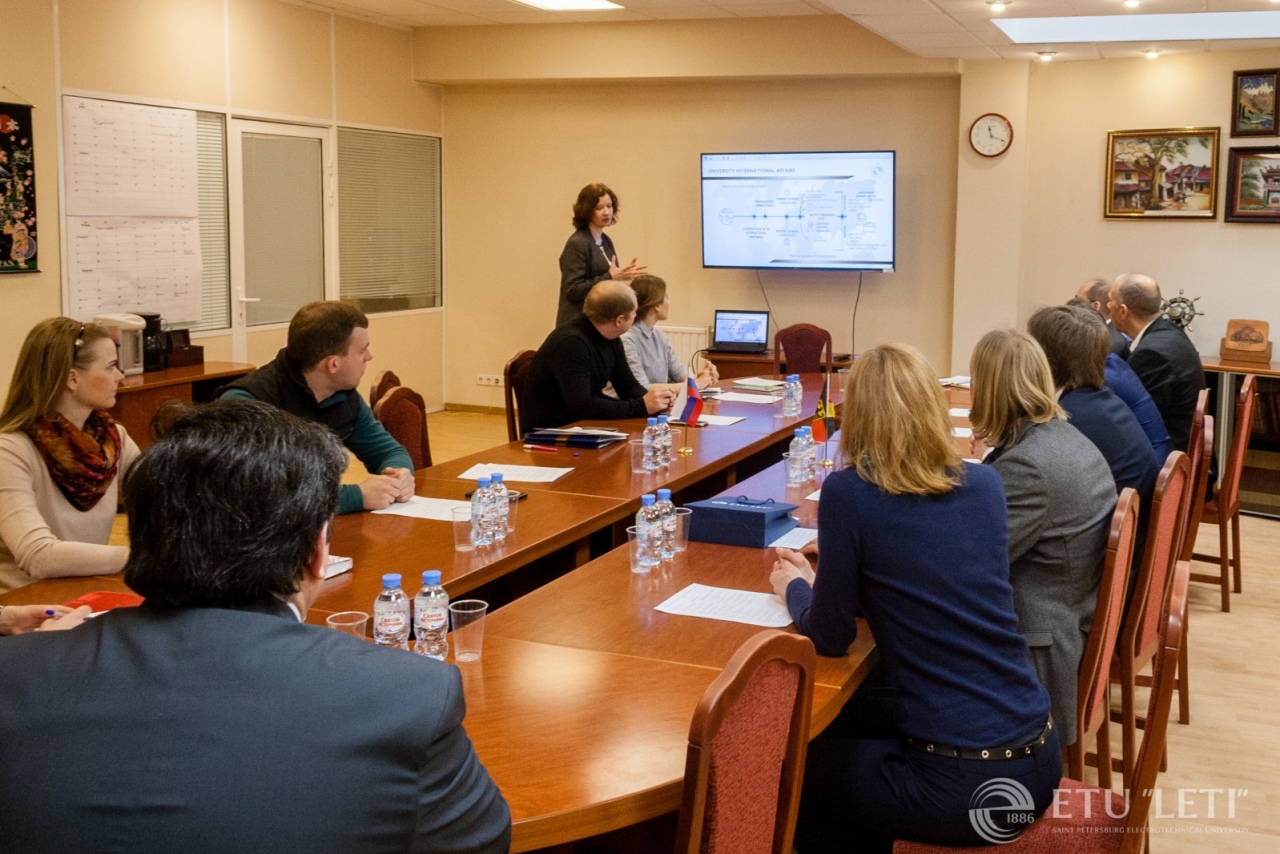 During the meeting, heads of faculties and departments of both universities presented the activities of their units, educational programs and the experience of international cooperation, which made it possible to identify promising areas for the partnership. The negotiators agreed to continue contacts between professors to define cooperation options in more detail. The exchange of lecturers is a priority at the initial stage of cooperation.

“Since we are just starting our cooperation, it’s always good for the professors to meet each other first, because they know best what their field of expertise is like, as well as where and how they can cooperate. Therefore, teaching stuff exchange will be the first step for us.”

After the meeting, the German side got acquainted with the successful experience of international cooperation between ETU “LETI” and Zealand - Academy of Technology and Business in the format of Russian-Danish Week. The guests attended a lecture with the participation of Danish students, and talked with the educational program coordinators - Yuliya Raichuk, Senior Lecturer of the Department of Innovation Management at ETU, and Svetlana Drevskih, coordinator and lecturer from the Danish side.

“For ETU, Ruhr University is also a promising partner, as colleagues are ready to develop joint practice-oriented educational projects, as well as scientific ones. This university has a young team of researchers who are ready to carry out ambitious tasks.” 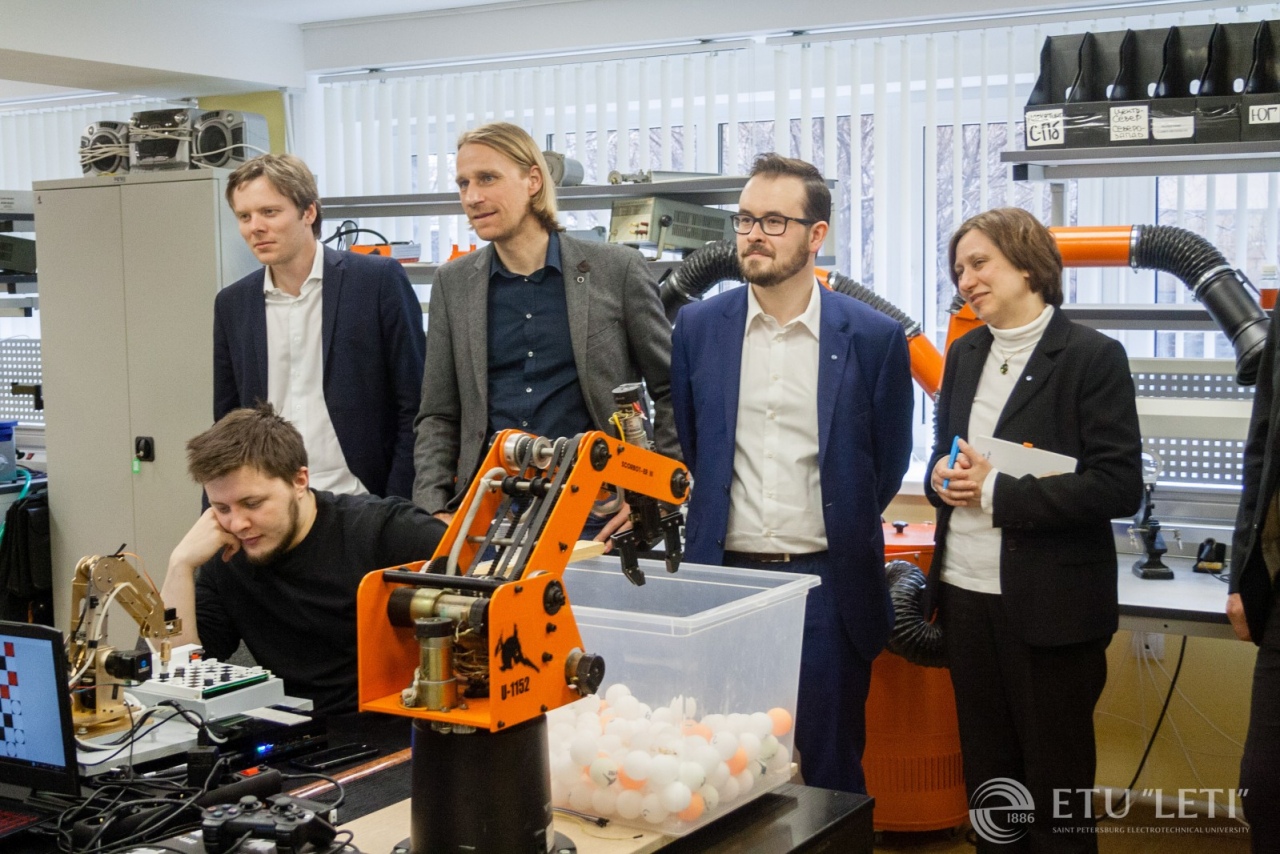 At the end of the visit, representatives of the German university visited the CDIO laboratory, where they got acquainted with the projects created by ETU students. According to Amadeus Gwizd, they were very impressed with how young and prepared at the same time these researchers turned out to be.

“I am most interested in joint projects of our students. In this area, it is important to work not only from the interdisciplinary side but also from the intercultural one. If one combines it in a project, the possibility of such interaction is very attractive for students.”

The initiator of the Russian-German cooperation was a German university. The first meeting took place in the spring of 2018 with the assistance of the Russian Center for Science and Culture in Berlin, when Christian Weiss, Dean of the Faculty of Natural Sciences, Measuring and Sensor Technologies attended ETU “LETI” with a study visit. Representatives of two universities scheduled the current visit of the delegation in an expanded format at the annual Conference and Exhibition of the European Association for International Education (EAIE) in Geneva in September 2018.

St. Petersburg Electrotechnical University "LETI" has a long history of partnership with German universities. Cooperation with the TU Ilmenau, which began in the 1970s, is implemented in the format of joint research and the training of specialists in the field of electromagnetic fields, radio engineering, microelectronics, computer technologies. Since 2012, ETU “LETI” and TU Ilmenau have been implementing a joint project of a strategic partnership SPITSE, supported by the German Academic Exchange Service (DAAD). Within the framework of the project, there is the only Russian-German engineering faculty in St. Petersburg called RUGEFAC, where ETU students of any technical area have the opportunity to study under the double degree program.

Since 1992, the ETU “LETI” has been cooperating with Leibniz University Hannover. During this time, universities carried out several joint projects, ETU students repeatedly visited the partner university in the framework of educational programs. In April 2016, a student exchange program was launched as part of the Erasmus project.

ETU and Stralsund University of Applied Sciences signed a cooperation agreement, providing for the exchange of students and lecturers, joint research, the organization of internships, lectures, and conferences. Currently, universities are developing a joint double degree program.