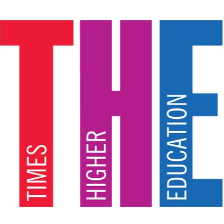 Russia represented by eight universities, six of which are participants in the Russian Academic Excellence Project 5-100.

Two universities, Project 5-100 participants, are among the world’s 100 best universities: HSE in Business and Economics (94th position), KFU in Education (94th position). Both universities climbed up from the group 101-125.НSE University holds leading positions in three of the published subjects.

HSE-University is also a leader among Russian universities in Social Sciences, entering the world's 175 best universities. In addition, the university entered the ranking in Law (151+ cohort) for the first time representing Russia in this subject.

In addition to KFU, the subject ranking Education includes three universities - participants of the Project 5-100: SPbPU (301-400) and UrFU (401+). TSU (401+). It should be noticed that SPbPU and UrFU are represented in this ranking for the first time.

Times Higher Education uses the same 13 performance metrics as for its overall university rankings but adjusts their weightings to reflect the specifics of the subject area. These indicators fall into five broad categories: teaching; research; citations; international outlook; and industry income.