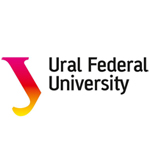 Ural Federal University (UrFU) is one of the largest higher educational institutions in Russia bringing together fundamental education and innovative approach towards the challenges of modern times.

Our aspiration is to become a world-class university in the heart of Eurasia committed to the complex and sustainable development of research and teaching.

Currently the university is home to almost 35 000 students from 80 countries of the world and more than 4 000 faculty members including the top-notch global experts in the spheres of natural sciences, engineering and social sciences. Our 17 Institutes offer about 400 Bachelor, Master and Doctoral Programs in natural sciences, engineering, social sciences, humanities, economics and management taught in Russian and English. The number of UrFU alumni exceeds 360 000 people.

Breakthrough studies are pursued in 72 research excellence centres. The university is open to international collaboration having almost 400 partners all over the globe and being an active participant of such initiatives as BRICS Network University, SCO Network University, CIS University.

Ural Federal University constantly works on building its global reputation and is currently ranked amongst the world's top universities:

Ural Federal University made it to the top three leading Russian universities as per the number of the Russian Science Foundation grantees.

According to the results of the contest conducted by the Pension Fund of Russia, Ural Federal University was declared the best employer.

Ural Federal University was one of the winners of the Best Taxpayer 2013 contest.

The Ural Federal University electronic archive is ranked first in Russia and was included into top-400 of Webometrics Open Archives’ Ranking of World Universities.

Specialized Educational Scientific Center (SESC) of UrFU confirmed its status of the best school of the Urals and was included into top 10 of the best Russian schools, according to the results of the study of Moscow Center for Continuous Mathematical Education, conducted with the assistance of the Federal Ministry of Education and Science.

Ural Federal University took several positions in the top-5 of the “Quality of admission to the state-funded places in the RF public universities” ranking prepared by the Higher School of Economics with the assistance of the Federal Ministry of Education and Science of the Russian Federation.

The UrFU Department of Journalism made it to the top ten in the ranking of 100 Russian universities training Bachelors of Mass Media. This ranking was prepared by the Ministry of Communications and Mass Media of the Russian Federation.

Business School of UrFU was included into the world rating of the best 1000 Business Schools, prepared by the Eduniversal Agency, ranking 12th among the best Russian business schools.
16