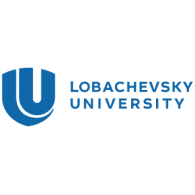 National Research Lobachevsky State University of Nizhny Novgorod (UNN) was established in 1916. In 1918, it became the first State Higher Educational Institution of Soviet Russia. In 1956, the University was named after the great Russian mathematician and founder of the non-Euclidean geometry Nikolai Lobachevsky.

UNN is one of the leading classical research universities in Russia. Being an innovative university, Lobachevsky University provides high-quality research-based education in a broad range of academic disciplines and programmes in accordance with the best traditions of Russian Higher Education. The combination of high educational quality and accessibility of education due to a great variety of educational programme types and forms of training is a distinctive feature of the University in today’s global knowledge economy.

Currently, more than 30 000 students and post-graduate students from more than 90 countries of the world are studying at Lobachevsky University, including 900 PhD students. More than 330 doctors of sciences and about 1000 candidates of sciences teach and conduct research at the university. Nobel Laureate in Medicine and Physiology in 2008 Harald zur Hausen is an honorary doctor of UNN.

At present, Lobachevsky University:
- is holding the leading positions among Russian universities;
- is a globally recognized higher education institution: Lobachevsky University is a member of the European University Association (EUA) and the Association of Leading Russian Universities;
- is a winner of several international competitions - the University successfully implemented 20 TEMPUS European Commission projects and took part in ERASMUS MUNDUS, ERASMUS PLUS, and other programmes;
- has contract relations with more than 90 foreign educational and scientific centers;
- has a close collaboration with the Nizhny Novgorod Scientific Centre of the Russian Academy of Sciences (NNSC RAS);
- is actively involved in cooperation with foreign partners, works in close connection with various Russian and transnational high-tech companies (Rosatom, Gazprom, Intel, Microsoft, NVIDIA, Cisco Systems, Sberbank, YAZAKI, etc.);
- is included in the Federal Target Program "Development of the pharmaceutical and medical industry of the Russian Federation for the period until 2020 and beyond";
- is a participant in the program aimed to improve the competitiveness of Russian universities among the world's leading research and educational centers ("5-100-2020").